Get Ahead by Going Headless

Ecommerce is constantly evolving, and the latest innovation is switching to what's called a headless architecture. As vivid as the name is, the idea is quite straightforward yet potentially transformative for online businesses large and small. 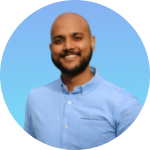 Over the years, ecommerce has developed an online infrastructure that's in many ways similar to how businesses have operated for centuries: a comprehensive and deeply interconnected set of essential components.

In ecommerce that means the database at the heart of the company has a data access layer and a layer dedicated to business logic forming the backend. These connect to the user interface the client interacts with, the frontend. Just as a successful brick and mortar business might carefully integrate its retail, sales, and fulfillment aspects, ecommerce has evolved to group all its components into a single "monolithic" platform.

These centralized and feature-rich monoliths powered the early and middle generations of online retail and services. However, as the businesses using them became more complex and needed to scale or adapt more quickly to competition and innovation, it became clear that this approach had serious shortcomings as well.

The systems are highly interdependent, creating bottlenecks such as one system being held back by slow development of another, or a failure of one system cascading across the platform, where a single bug takes down the whole operation. Not to mention the complexity of the codebase, which slows down innovation.

From mono to micro

The new online economy has fostered countless new companies that have hyper-specialized in pieces of the ecommerce machinery. From payment processors and inventory management to recommendation engines and loyalty tracking, this new crop of "microservices" made adding features like "buy 3, get your 4th free" deals as easy as an API call.

Soon, however, it began to be possible to basically assemble the equivalent of a monolithic platform simply by plugging microservices into one another. This "headless" architecture has lots of benefits beyond mitigating the risks of being responsible for every piece of your ecommerce business in an increasingly complex, competitive and fast-moving environment.

The decentralized nature of a headless system means that scaling and development of services can be done independently. Each microservice can be upgraded on its own if necessary, for instance, if there's a sudden interest in a new commerce trend, you have the ability to integrate the new service into your platform with the least amount of service disruption. Omnichannel sales experiences can be established on the frontend that connects seamlessly with the same backend, reducing friction for experiments with new brands, features, and devices.

The corollary to this is of course that you only use what you need, so no resources are going towards running a service that's not being used. Microservices, like computing or web storage, can be maximized or minimized on demand.

It's much easier to add and integrate new services and adjust code bases as well, since microservices are independently maintained and interact with each other using secure APIs and other backend channels. No need to hire up to add fraud protection or customer support chat — they can be added, tested, and evaluated for further development with far less risk and resources.

Lastly, it's a benefit for security and liability purposes. Siloing customer and business data among several secure systems make the likelihood of a catastrophic database problem practically nil. In the worst-case scenario, if something is compromised, the data and access to a service exposed are minimal.

We recently helped a client turn around a totally new loyalty program in a matter of months. The only way such a thing is possible is because of the availability and flexibility of microservices; this way the marketing, UX, and development teams could work hand-in-hand knowing the exact impact, output, and specifications of each part of the system.

Moving to a new framework, optimizing for mobile, building out a CMS ready for high-traffic volumes, and of course, doing this all with bilingual support baked in at every step — all this took place in a handful of months and led to a 30 percent increase in loyalty point redemptions as well as a more satisfying user experience.

Whether you're launching something new or looking to revisit your own monolithic setup, Quantum Mob can help you find the partners, services, and expertise you need.

You might also like
Blog
The Problems With Redux: Can React, MobX, and Realm Save Us?
Blog
How to Use Acceptance Criteria to Ensure Software Delivery
Blog
How to Create a Tech Event in Toronto
Launch a new business
Validate an idea and launch a new product.
Improve existing software
Fix performance and improve user experiences.